Are we putting our Pets down prematurely?Euthanasia in Pets -When is the Right Time? 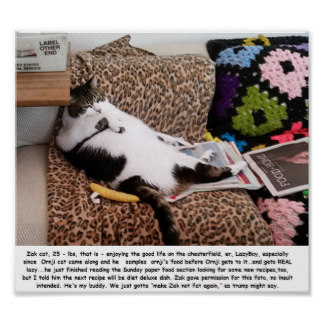 Euthanasia Paradox –
Are We Putting Down Our Pets Too Early?

Why would anyone suggest putting down a dog or cat who appears to still have quality of life?

That’s what we’ve been dealing with lately with our 14 -year -old lab, ‘H.’ And this is not just anyone but the this is coming from not one but at least two other veterinarians.

For the 2nd time in 10 months we were confronted
with the decision whether or not to put down H after an amazing 10 months of bonus days we never expected.

And, again, we almost made this mistake. We had an appointment arranged to do this deed just as we
had done 10 months earlier. Unlike then, this latest (after-surgery) bet encouraged us us to “give the dog a break “. He said it’s better to be a little premature than wait ‘too long.’ But, also like before, we noticed as we were sitting with H waiting for the ‘deed,’ Hershey was still smiling with a sparkle in his eye and something told me/us that it still wasn’t the right time.

After this latest recent decision, I was somehow feeling guilty for awhile for not wanting to put him down. Is something wrong with this picture? But, days, later, with H still well above the cut-off ‘quality of life’ score, now in retrospect, we are glad we didn’t as Hershey had another several good days. Of course, we are watching him closely and if we see some major change or something that appears pretty irreversible and the quality of life drops we will immediately act.

Perhaps with people busy today working and, perhaps, not ‘having the time’ required to take care of their older, sick pets we are putting them put down earlier. Perhaps that’s way the vets are looking at things today unlike years ago when more pets seemed to live out more ‘natural’ lives.

Nobody would want to find his or her pet suffering from, perhaps, a stroke or accident when they came home from 8 hours at work. But we’re not those people.
We are fortunate to be able to always have somebody there with Hershey.

And, even if we were working we would find a way for him to be looked after. So, perhaps vets could do a little more interviewing their clients as well as going over the quality of life checklist (we have included above) rather than assuming most people are ‘too busy’ to take the time (and pay the cost) necessary to maintain their pets and, perhaps, prematurely suggest more on the side of euthanasia than a more neutral, open approach.

It wasn’t this way 20 years ago. I remember taking my senior dog , ‘R’, to a well respected vet in Oakland’s Montclair district after Roscoe was having severe seizures in which he would spin in circles for minutes at a time.

This vet mentioned nothing about putting ‘R’ down, only noting the possibilities of what could happen- that he could have a sudden life ending seizure or that he could live for months or even years with these recurring seizures. And the latter is what happened . I was able to have R another 6 months or so, with him living a relatively quality life, other than the seizures.

It just doesn’t make any sense to us when you have a perfectly happy dog smiling away with tail wagging to send him away forever. Can we still be wrong about this? Are we missing something? If so, I want to know.

During our ‘ intervention’ when we saw the doctor, who we’ve always liked and respected, this time seemed to have his mind made up, not asking questions or really listening to what I was telling him about H ‘s current status. After all, we see H every day and he only sees him once every now and then.

I don’t think he appreciates what we have done to keep H on the up-and-up, keeping him stimulated and on a great diet and maintaining all the necessary meds . There is amazing discovery coming out on how diet can really lengthen pets lives with things like omega oils , quality protein and fewer carbohydrates.

We’ve seen literal miracles before our eyes such H ‘s hair coming back and legs returning from non -working to fully functional with the help of the omegas and glucosamine, as well as the right meds and diet.

Pet food companies like Just for Dogs have done extensive testing in coming up with products and diets that really do amazing things, as we have discovered.
There are many testimonials from people like us who had nearly given up on their pets only to see them live many more months and even years with the right diet, care and treatment.

It would appear that many or even most vets still have not taken diet into account in their treatment and assessment of older pets like H . This is not unlike the many medical doctors who do not take into account food and diet for their post op human cancer patients. (I know. I was one of them).

Not to say that food and supplements are always going to be a miracle cure for pets. ( My first four young, infected cats passed in months or days after we tried every possible homeopathic supplement and food remedy).

The first vet, who did surgery on Hershey, admitted that he may have mis-diagnosed H ‘s situation. It’s very surprising to think a diagnosis of 2 to 3 days could turn out to be at least 10 months. There’s gotta be something going on – in the better diet,meds, living conditions, etc

So, we are just saying that vets shouldn’t be too premature in ruling out patients’ individual, unique situations where some are able to do more for their pets than others. Just think of the others who may have missed out on the ‘bonus day’s by going along with a vet’s ‘premature’ diagnosis and putting down their pet, when the pet might have lived many more days with proper care. Those patients and their pets will never know what COULD have been with modern meds, diet and TLC.

Just think what we would have missed if we did have Hershey put down 10 months ago- and we were only minutes from actually seeing that happen. It would have been very unfair to H as would it have been to us. We have had many amazing ‘adventures’ in these last 10 months with Hershey of which we would have otherwise missed out.

It’s not that we are greedy to prolong H’s life in any way. Just the opposite. We want a fair existence for him based on his condition and we’re thrilled to deal with the wonderful modern meds, food,etc that are playing a increasing part in keeping pets alive longer.

As long as vets are not involved in post-operative care where clients are willing to do it, it is up to people like us who will take it upon ourselves to do little extras that could result in wonderful things happening like quality life extension and more happy days for them and their pets.

It’s true that younger pets have always been favored. Few people go out of their way to find older pets. Truth of the matter is that older dogs and cats do make great pets. They really appreciate the care they may not have received before and they give back the love in spades.

In our opinion , any older pet who wants to live and shows signs of quality life should have the opportunity. If they’re healthy enough or could get healthier , why not let them live out their lives naturally as humans would, only putting them down when they are in incurable pain and life quality IS an issue.

After all, we don’t put down humans prematurely, (although that’s even a subject that has come up , i.e. ‘death panels’ in insurance circles in recent years). So why should we be so intent in rushing to put down pets before their good days may be over?

‘The pet will let you know when its time…’
Has long been the mantra of vets. Well, Hershey certainly hasn’t told us its time yet.

‘ Better to put them down sooner before its too late’ is another misleading mantra in our opinion. What is too late we ask?

How about right on time we say, based on the attached test, when and onlybwhe n yoirbpet slips bellw the ‘quality of life – standard so well outlined here.
You would think ,perhaps, that vets would WANT pets to live longer on a financial basis. Well, good that its not necessarily a money issue. We never expected that in vets and have always found them to be, by and large, very compassionate when it comes to pets well being .

PAIN
Pain threshold would be probably no. 1 in considering euthanasia for one’s pet.

We would have expected ,
if anything, to get a compliment rather than to be ‘scolded’ for all we have done to prolong our pets quality of living and even see one’s curiosity to know what we have done to help achieve this. It’s pretty amazing , we would say, to have Hershey around in good quality of life 10 months beyond vet expectations.
You’d think they’d be curious to know more to be able to pass on information to other clients interested in achieving longevity in their pets. 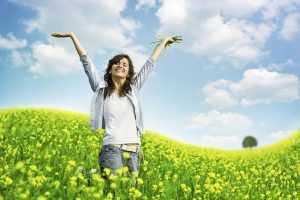